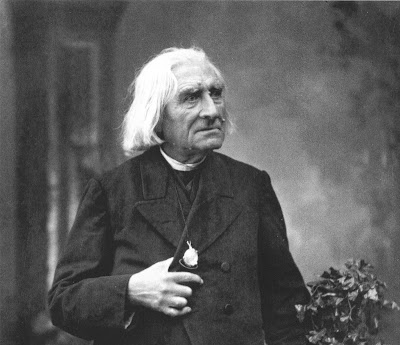 A person of any mental quality has ideas of his own. This is common sense.

A theatre receives recognition through its initiative, which is indispensable for first-rate performances.

As the mother teaches her children how to express themselves in their language, so one Gypsy musician teaches the other. They have never shown any need for notation.

Beware of missing chances; otherwise it may be altogether too late someday.

Brahms’ Variations are better than mine, but mine were written before his.

Broad paths are open to every endeavor, and a sympathetic recognition is assured to every one who consecrates his art to the divine services of a conviction of a consciousness.

Companions, in misery and worse, that is what we all are, and to try to change this substantially avails us nothing.

Life is only a long and bitter suicide, and faith alone can transform this suicide into a sacrifice.

Mournful and yet grand is the destiny of the artist.

Music embodies feeling without forcing it to contend and combine with thought, as it is forced in most arts and especially in the art of words.

I conclude that the Wagnerian operas which are already in the repertoire, and other master works as well, stand in no further need of my services.

I did not compose my work as one might put on a church vestment… rather it sprung from the truly fervent faith of my heart, such as I have felt it since my childhood.

I find little in the works of Beethoven, Berlioz, Wagner and others when they are led by a conductor who functions like a windmill.

I foster a sorrowful conception of affection. Make no sacrifices.

In Hungary all native music, in its origin, is divided naturally into melody destined for song or melody for the dance.

Inspiration is enough to give expression to the tone in singing, especially when the song is without words.

It is impossible to imagine a more complete fusion with nature than that of the Gypsy.

It is my fervent wish and my greatest ambition to leave a work with a few useful instructions for the pianists after me.

Real men are sadly lacking in this world, for when they are put to the test they prove worthless.

Sorrowful and great is the artist’s destiny.

Supreme serenity still remains the Ideal of great Art. The shapes and transitory forms of life are but stages toward this Ideal, which Christ’s religion illuminates with His divine light.

The character of instrumental music… lets the emotions radiate and shine in their own character without presuming to display them as real or imaginary representations.

The music of the Gypsies belongs in the sphere of improvisation rather than in any other, without which it would have no power to exist.

The principal task of a conductor is not to put himself in evidence but to disappear behind his functions as much as possible. We are pilots, not servants.

The public is always good.

Truth is a great flirt.

We need improvement in the style of performance. There is no more advantage in a musician who plays and conducts than in one who is only a beater of rhythm.

Without any assistance whatever, I founded a school in Weimar in 10 years. Only I could perform certain works with the scanty means that I dared not ask anyone else to work with.